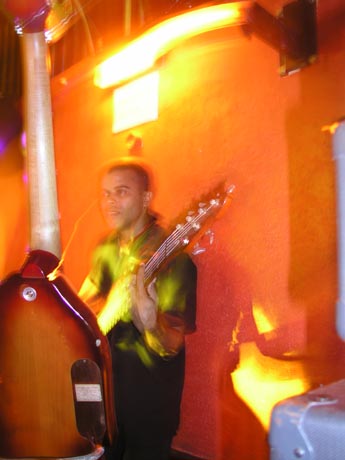 Osmani joined Bamboleo in 2002 and had to fill the considerable void left when Rafael Paceiro departed for Pupy y los que son son. He rose to the challenge well, and was fully integrated into the group by the time they were touring in summer 2002. His energy on stage makes him compelling to watch. Osmani is an important player behind the scenes also, where he's closely involved with the composition process, often assisting Lázaro Valdéz in the creation and mixing of the midi recordings from which the band learns (by rote) most of the songs. [Lara Greene] 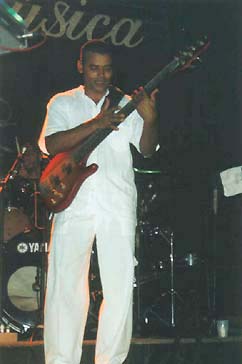 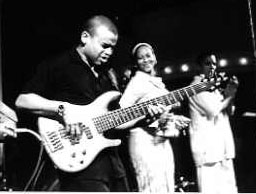