Museum of the African Diaspora 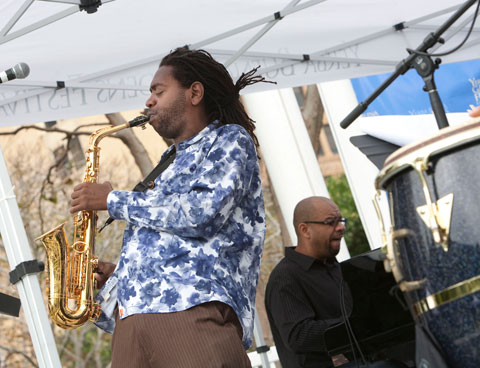 Yosvany, Luis Perdomo and Pedro Martínez have their own recordings as leaders.  All including Yunior Terry have numerous recording and performance credtis with some of the best jazz and dance music bands in the world.

What follows are photo reports on two different concerts of the Yosvnay Terry Group in September, 2009 in San Francisco, California:  at the Museum of the African Diaspora and Yerba Buena Gardens.