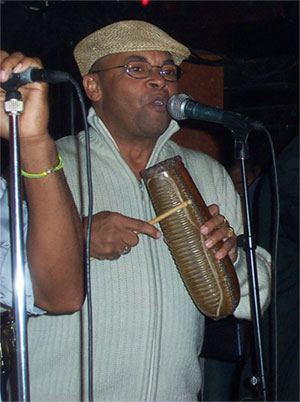 This is the first time that Adalberto Álvarez y su son have played in Sweden and the concert at Nefertiti in Gothenburg was sold out. We had to wait outside in the freezing cold for 30 minutes before we got inside, and let me suggest that you not wear open-toed shoes in Sweden in February if you have to wait in a line. The band was a little delayed because of a mishap in Malmö concerning a break in to the bus, which resulted in the theft of some clothes.

Despite the incident, the band seemed enthusiastic when they got started. The concert began with the song Tumba, timbal y bongó from Para bailar casino. The intrumental solos in this song really demonstrated the quality of musicianship in this group, although the order was actually bongó, tumba y timbal. The first solo was Dorgeris Álvarez on piano. I was strategically positioned by the piano so I could get a look at Dorgeris in action, one of the few women instrumentalists that you see in a first line band in Cuba. She not only plays piano but also sings coro. 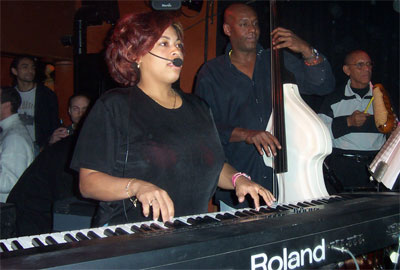 When the coristas reached the "rompe el cuero" coro, the percussion solos started with Yoél Cuesta on bongó. That surprised me because I was expecting to see him on congas. But he demonstated his virtuosity as a percussionist on the bongó as well throughout the night. As far as I remember he only played congas once. 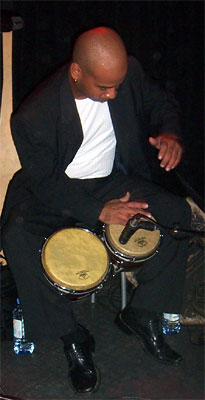 Yoelito on bongó and congas

Eduardo Carazana, the güirero was playing congas most of the night and did a bang up job, pardon the expression.. The timbales are played by Luis Álvarez and he was smokin' all night long. Unfortunately, as usual it was almost impossible to get a picture of most of the musicians from in front of the stage because the singers are always "in the way". But you can get a glimpse if you check out the video clip and of course what's most important is hearing the musicans, not seeing them. 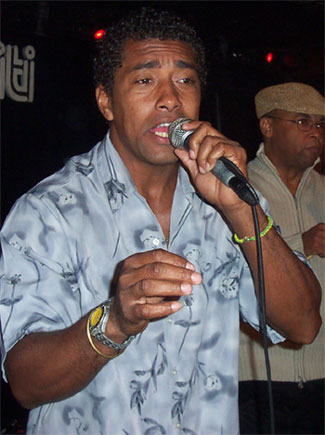 The second song was Para bailar casino, which is a favorite among the dancers in Sweden. There were a few issues in the sound level of the microphone to start with, but that was quickly remedied, and the audience danced and sang along. 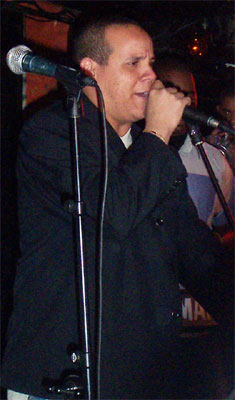 Since David's report from last year, Adalberto has brought in a new singer named Cruz. He sang the first estreno of the evening, a song called El que se enamora. He is an excellent improvisor so the songs he sings are never the same from night to night. I know the band will be playing three gigs at Lula Lounge in Toronto, Canada March 3-5, so I recommend that you try to attend at least two of them so you can witness this improvisation firsthand. 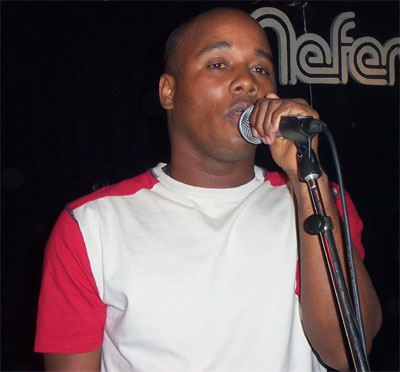 The ochestra continued with such favorites as A bailar el toca toca, Señora and Hablando como extranjero. Another estreno that evening was Mi linda habanera or something like that. I don't actually know the name, but I like it! 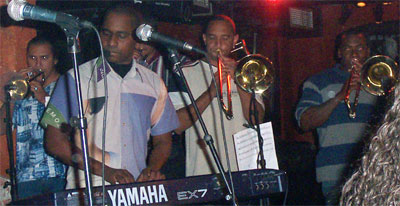 Some timberos think of Adalberto Álvarez as "son not timba", but there are timba elements throughout the songs. There was some casino dancing in the audience and even more despelote, including the despeloteras on stage. Personally I consider despelote a dance done to timba and an indication of the timba-level of a song. To sum things up, Adalberto is known as one of the champions of modern son. His compositions are popular among salseros and timberos alike, because he balances son with the elements loved by timberos such as the despelote moments in the songs. In Adalberto's own words from a recent interview with Timba.com "El grupo realmente es un grupo de la música bailable, un grupo que hace son contemporaneo con las raices del son tradicional."

Well he certainly practices what he preaches. This strategy worked so well this night that the audience wouldn't let the band leave until they had performed 2 encores. The first was Hablando como extranjero, but the people demanded Qué tú quieres que te den, so the band decided to postpone their dinner and give the audience what they wanted with a 12 minute version of the song, which Adalberto dedicated to Lázaro Ros. The audience was thrilled and joined in dancing the steps for the various santos. Check out the video here.