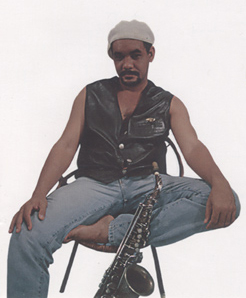 Before launching a solo career which has produced 6 strong albums, Ángel Bonne sang, played sax and composed for Los Van Van on two of their most memorable masterpieces, Disco Azúcar and Lo último en vivo.

Ángel inherited his gift for songwriting from his father Enrique Bonne, one of the most important figures of the 1960s and 70s. His soulful harmonies and lyrics have won him a loyal following around the world, including most of timba.com's contributors. For myself, when I'm feeling depressed or overwhelmed, I often find myself reaching for Bonne y Bonne, Co. or Circunstancias. Something about Bonne's harmonies always seems to remove the emotional block.