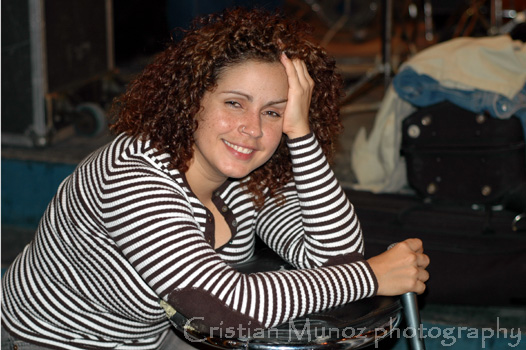 She's a strong lead vocalist and corista but is perhaps most highly regarded as an improviser. With NG she was sometimes known to walk out among the tables and dance floor with a cordless microphone and improvise for 20 minutes straight, interracting with the crowd and inventing her guías in reaction to their reactions.