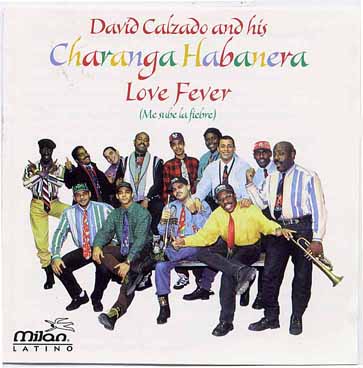 After five years of playing traditional Cuban music for European tourists, La Charanga Habanera suddenly and dramatically re-invented itself and recorded an album that represents the second major milestone in the history of timba. NG La Banda had been playing its own style of timba for three years but it still must have been quite a revelation to those who were lucky enough to be on the scene when CH’s first hit, Giraldo Piloto’s Me sube la fiebre, exploded across the airwaves and concert venues of Havana in 1992.