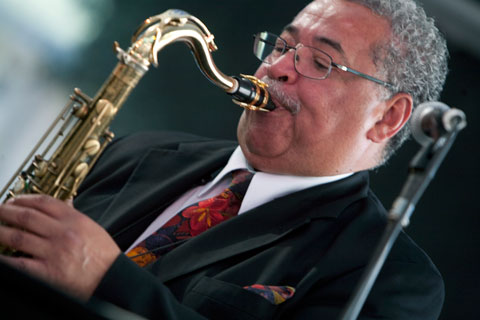 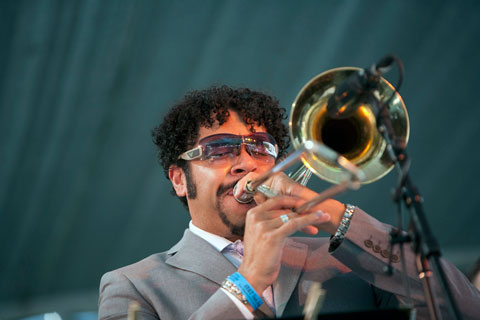 Doug Beavers is a young phenom trombonist who has his own group and has also recorded with salsa legend Eddie Palmieri. 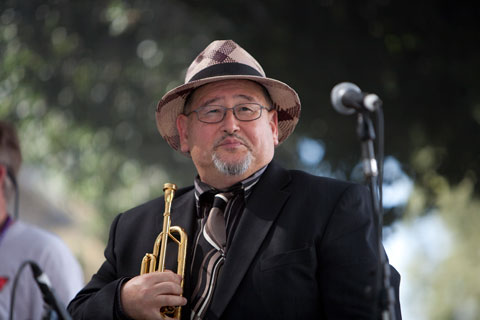 John Worley also leads his own group and is a first call trumpeter in the SF Bay Area. 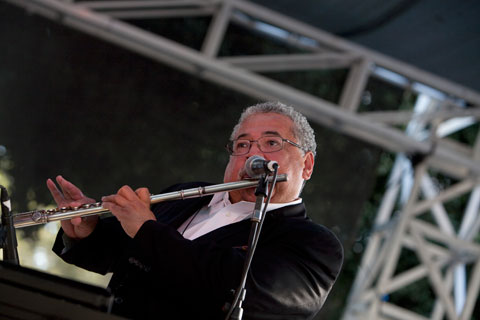 Justo Almario has participated in over 40 recordings since 1973, about 10 of which he was the leader.  Three of the recordings he was involved with won Grammies.  He has played and recorded with many big time musicians including Machito, Tito Puente, Mongo Santamaria (his musical director), Freddie Hubbard, Charles Mingus and hiphop star Master P to name a few.