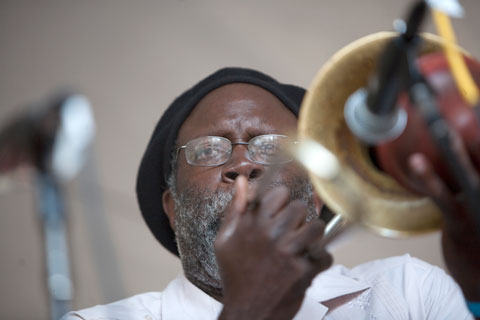 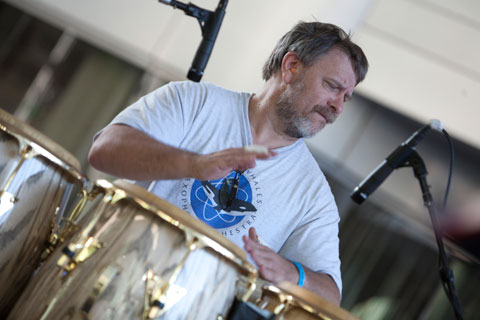 Michael Spiro is internationally respected as one of the great percussionists in the Afro-Cuban tradition.  He plays in many groups too numerous to mention and is also a great author of conga playing books. 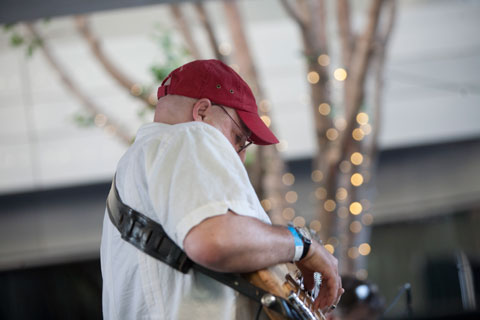 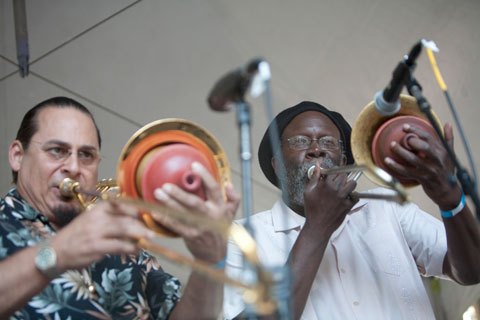 Steve Turre and Wayne Wallace on the bones

The crowd at the Latin Jazz Stage was treated to a special surprise.  Steve Turre, one of the best trombone players alive today, happened to be in town visiting his family and at the request of Wayne sat in with the group.  Steve has his own groups and has played with pretty much everybody in the jazz and latin music fields.