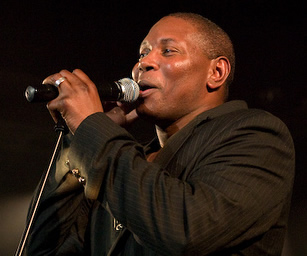 France based, Cuban singer Donaldo Flores has released a new single -simply called "El Son" (listen to it here on RADIO TIMBA)- in anticipation of the release of his third album. Born in Matanzas, Donaldo's musical career started taking off when he joined la Orquesta Yaguarimu. Moving to Havana he worked with Orland "Maraca"Valle and then replaced Aramis Galindo in Adalberto Álvarez' group.  In 2003 he recorded his first album "El Solitario" and moved to Bordeaux. He is also known as the host of a radio progrma called "Llegó La Música Cubana" on FM 90.1 French radio. His European performances include participation with la Orqeusta Gali and the London based group "Ska Cubano".