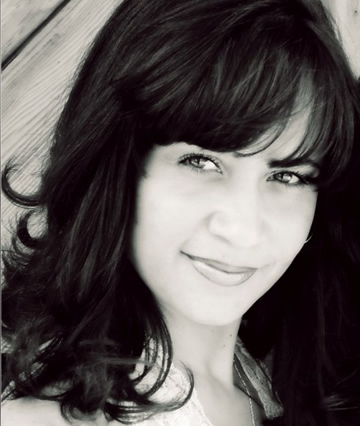 Iris Sandra Cepeda was born in Sancti Spiritus, Cuba in 1973. Beginning her musical studies at the age of eight, she studied piano at the Ernesto Lecuona Conservatory in her native city. During these years of study, she participated in various festivals and contests singing and playing piano. At the age of 14, Ms. Cepeda attended Cuba’s Escuela Nacional de Arte (National School of the Arts), where she majored in Choral Direction. Ms. Cepeda received what is equivalent to a masters degree, four years later in 1992. She was accepted as Professor of Choral Direction at the Manuel Saumel Cienfuegos Music Conservatory shortly after receiving her degree. In 1993 Iris Sandra Cepeda was a part of the vocal quartet Cactus, a project significantly influenced by the 1980’s styling of the groups Manhattan Transfer and Take Six. In 1994 Ms. Cepeda left the Cactus quartet to join Arte Mixto, a group that mixed traditional Cuban Music with elements of classical music, jazz, flamenco, salsa and samba, as well as various other influences. In 1997, she recorded Arte Mixto’s first CD release ‘Deseos’, for which the group received many national awards, including the esteemed Benny More Music Award and toured thoughout Italy. Arte Mixto also shared 1st place with Laito Y Su Sonora in the Lucas Awards (Cuban equivalent to the MTV awards) the same year of the CD’s release.

In 1998, she recorded on Arte Mixto’s second CD release, ‘Virginia’ which underwent a promotional tour to the United States. Iris Sandra Cepeda decided to stay. In 2000 she joined Charanga Cubana, a well-known Los Angeles group under the direction of Mr. Edgar Hernandez. Ms. Cepeda still performs with the group which appears in California and throughout the United States. In 2007 La Charanga Cubana was nominated for a Latin Grammy. Ms. Cepeda has a five year tenure as a faculty member teaching voice in the Afro-Latin Music Department at California State University, Los Angeles. Iris Sandra Cepeda has also been involved in many studio recordings with illustrious artists such as Floutist Danilo Lozano, who featured Ms. Cepeda in his CD, ‘Cuban L.A. Dos’, on the track “Lagrimas Negras” in 2000. The following year she performed background vocals on the sound track for the film “Original Sin” starring Antonio Banderas and Angelina Jolie.

Ms. Cepeda recorded on the late Israel “Cachao” Lopez and Andy Garcia’s CD releases ‘Cuba Linda’ in 2000 and ‘Ahora Si’ in 2004, the latter of which won 2 Grammy Awards the following year. In 2002 she was invited to record with Justo Almario and Alex Acuña’s project Grupo Tolu, on the CD release, ‘El Bongo De Van Goh’. In 2005 she recorded background vocals on the soundtrack for the film “The Cigar’s Song”. Also in 2005, Iris Sandra Cepeda recorded on the soundtrack for the motion picture “The Lost City”, with Andy Garcia as director and performing in the film as well. In 2007 Ms. Cepeda appeared on the T.V. show ‘Cane’ performing the song “Veinte Años”. Presently, Ms. Cepeda continues to work with the group Cineson Allstars lead by Andy Garcia, a project that tours internationally. Also, Iris Sandra Cepeda is vocalist in the group Chalo Y Su Ache’ under the direction of the group’s founder Gonzalo Chomat. She recorded on the group’s first CD release ‘Ensemble’. Ms. Cepeda is in the process of formulating her first solo project. Artist Recording Profile 2008 Vocals on the cd entitled, ‘Camino Del Niño’ with recording artists Esteban Adame and Santiago Salazar of the Techno Music project Ican. 2007 Vocals on the cd ‘Ensemble’ with group Chalo Y Su Ache’, founded by Gonzalo Chomat. 2006 Background vocals in the soundtrack for the motion picture “The Cigar’s Song”. 2005 Background vocals in the soundtrack for the motion picture “The Lost City”, produced by and starring Andy Garcia. 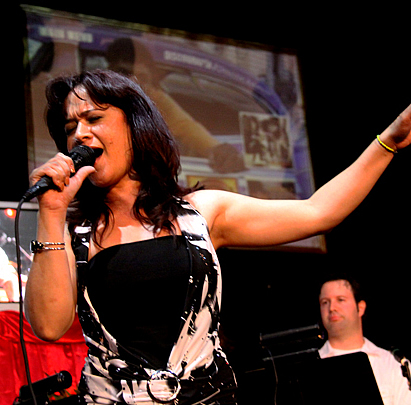