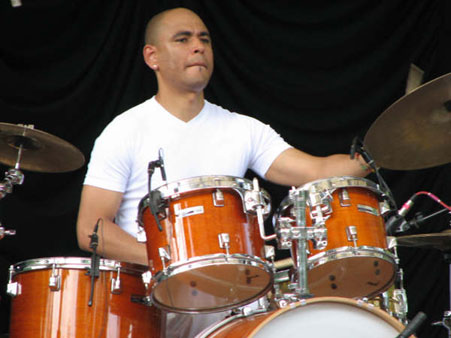 When Paulito lost the legendary drummer Yoel Páez to Issac Delgado in 1999, he found a very competent replacement in Mauricio Herrera, but Mauricio unfortunately disappeared from the Timba scene after only one album with PFG. He is currently living in New York. See his biography below. [Kevin Moore] 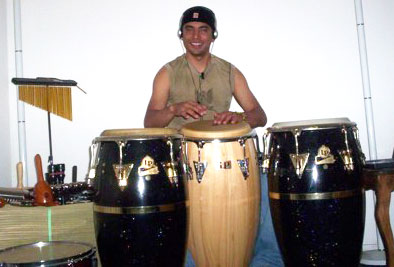 Born on August 11 1972 in Holguin, Cuba, Mauricio started his musical studies at the age of 7 with the violin, and began studying percussion at age 14. In 1992 he graduated from the Jose Maria Ochoa Conservatory in Holguin, with a major in conducting and performance. During this time he was involved in various popular music projects, as well as playing with the folkloric group La Campana. Upon graduation Mauricio joined the faculty at the Escuela Vocacional de Arte in Holguin. In 1994 he moved to La Habana, where he worked with several groups such as Héctor Valentín, La Barriada, Pachito Alonso y sus kini kini, Paulo FG y su élite, and Manolín El Médico de la salsa, with whom he collaborated on international tours, CD recordings and TV shows. After leaving Paulo FG Mauricio worked on discography projects with Manolito Simonet and several others. Arriving in Mexico City in 2001, he recorded, toured internationally, and played with artists such as Amaury Gutiérrez, David Torrens and Domingo Quinónez. In 2005 Mauricio moved to New York, where he is on faculty at the Boys Harbour Conservatory and is endorsed by Latin Percussion (LP). You can find him playing regularly in the city, whether it be timba, jazz or something in between. [August 2006] 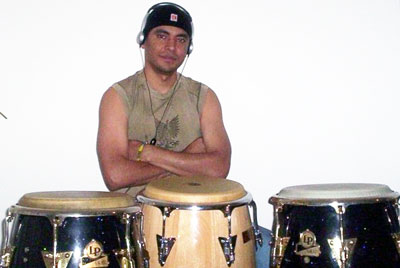 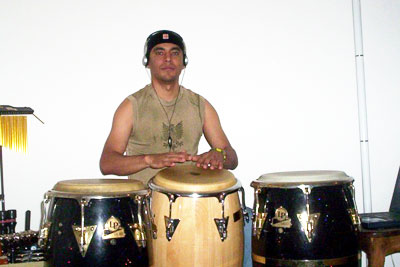 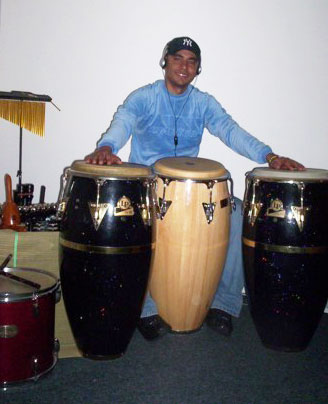 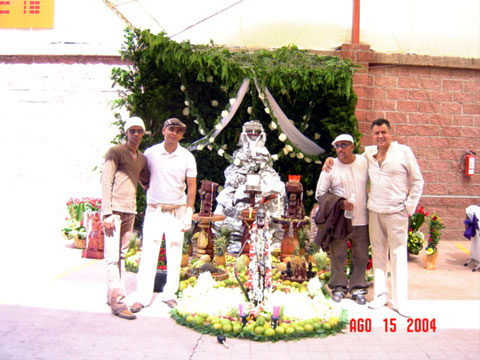