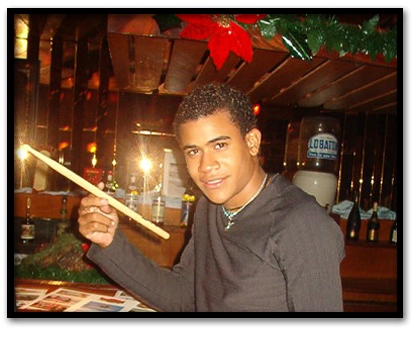 In April 2004 Randy joined La Charanga Habanera where he can use his talents as percussionist, dancer and singer.

Amey Randy ¡el menorcito, of 19 y 42! was one of the youngest members of  'El Clan' and is now one of the yongest members of La Charanga Habanera. He was born in Guanabacoa, Ciudad Habana, January 22, 1983 He began his studies at the age of 8 in the school Alejandro García Caturla. Then he became part of groups such as 'Habana Junior' and 'Carlos Manuel y su clan' where he recorde his first CDs: 'Por la vena al gusto' and 'Enamora'o'. But he is not only an excellent percussionist, but during the show he would leave the drums and give the audience all the rhythm and sabor cubano with his body movement. Among his favorite musicians are Alejandro Sanz, Luis Miguel and Marc Anthony there is no doubt he is in love with life, by chance was he born loving? and as could be expected he can't let pass top-line groups such as Charanga Habanera, Van Van, Bamboleo, Pupi y los que son son among others. His inclination for percussion is closely related to the fact that his father Raymundo Martínez was the percussionist and director of a salsa group called 'Calle 42' and like father like son. Randy is a very easy going guy, charismatic, smiling and with a great sense of humor. This young man has dreamed of singing one day, so don't be surprised if you hear him singing with La Charanga Habanera! 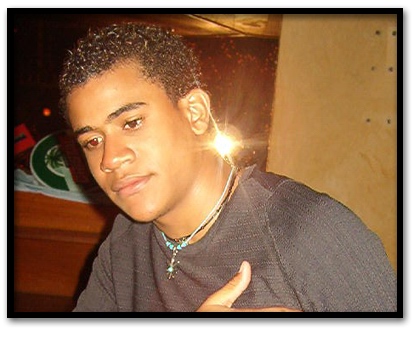