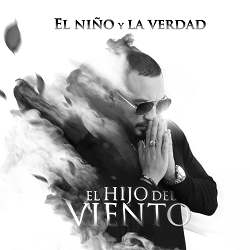 "El Hijo del Viento" is the band's fourth album and was recorded during the COVID lockdown era.

"De Vuelta Al Barrio" is a feast for dancers. It satiates our appetite with fantastic arrangements that really show the maturity of this young group. I confess that I am not a fan of chachachá, but lo and behold if "Cha Pa' Mi Muchacha" isn't one of the songs I keep coming back to! Well played Emilio, Pachy Jr. and Dayron! The full review will be posted as soon as we can. 2018 is turning out to be a major year for great timba releases!

"Llegó La Verdad" does not disappoint. Muiscal director Wilfredo Naranjo "Pachy Jr." and guitarist Dayron Ortega are behind most of the arrangements, while Manolito Simonet contributed an arrangement and plays piano on "Seguir viviendo" and Emilio Vega arranged the bolero "Verdad amarga" by Consuelo Velázquez. "Llegó La Verdad" is a must for DJs of Cuban music. Click here to read the full review.