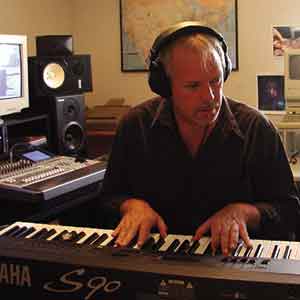 Bill Wolfer was an LA R&B/Jazz pianist with an impressive résumé that included touring with the Jackson 5 and playing synth on the greatest selling record of all time, Michael Jackson's Thriller. None of this saved him from the fate we all suffer upon arriving in Havana - that combination of euphoria and insanity that makes you drop whatever it was you thought you were doing with your life and ... well, you know the rest.

Bill's not-so-temporary insanity took him a bit farther than most and the hilarious accounts of his exploits - published in his online journal -  have earned him the apodo "Unterese" (for "Hunter S."). His record producing exploits, meanwhile, under the name Mamborama, have earned him not one, but two Cubadisco nominations for the second and third Mamborama albums. He's currently in Palm Springs, gearing up for the fourth  You can keep up with his adventures at www.mamborama.com.