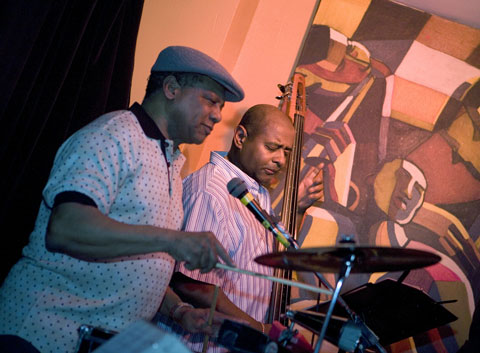 timba.com: Do you have the two vinyl LPs missing from timba.com's discography?

timba.com: Are you still in contact with ex-Opus 13 bongosero Carlos Caro?

timba.com: With what other groups did you play in Cuba?

CDP - After Opus 13, he played with the Radio & Television Orchestra.

timba.com: Could you talk about slap & pop bass-playing and why it's not used more in Cuba today? Do you know the bassist "Caimán" who recorded on the 1982 Revé album? 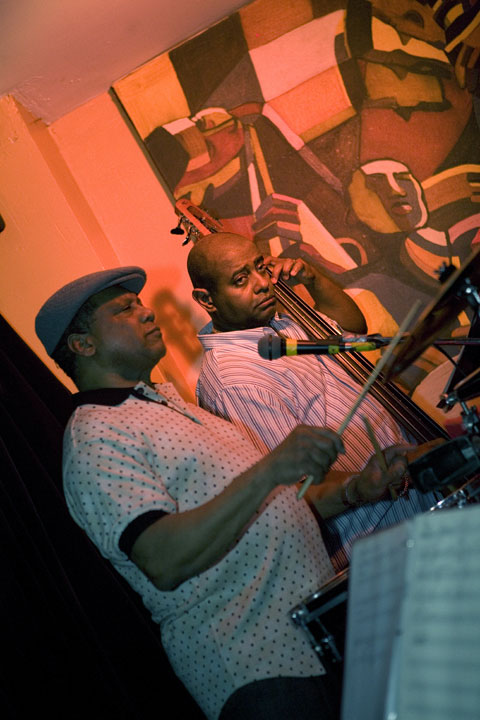 timba.com: Are you available for studio work here in the States?

CDP - Yes. He gives an annual concert in June and he can be contacted through his website. More interesting discussion about his career in Cuba follows.

timba.com: With whom have you played and recorded in NY?

CDP - Chico Alvarez ... (this leads to an interesting discussion on bass playing).