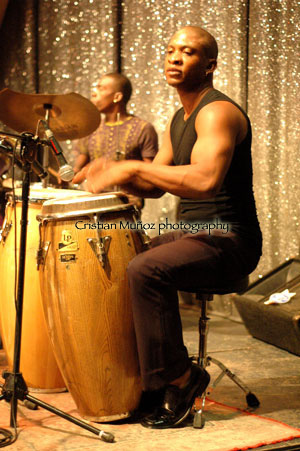 As Pupy's conguero of choice, Jorge Castillo (known to ALL as "el Toro") lays down some forceful songo-influenced tumbaos and nails the exciting bloques that the Son Son rhythm section has developed under the guidance of Changuito.

Surprisingly, el Toro entered La ENA as a brass player, and studied percussion on the side while he was in school. He has worked as a percussionist since finishing, but he's quite a capable tuba player. He's not the only percussionist in this directory who studied brass, either -- fellow timba conguero Tomasito Cruz was a trombonist while they were in school together. [Lara Greene] 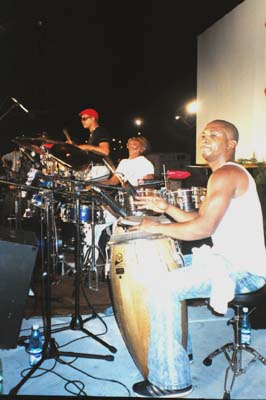