Unfortunately, we have had some bad experiences here in Sweden with concerts that have been cancelled, sometimes at the last minute. Fortunately, that has never happened with la Charanga Habanera. But I was a little worried when I arrived at the venue at 8:00PM and a man came out to tell the waiting fans that the band was still about 1 hour away from Gothenburg so the concert would start at 11PM rather than 10PM.

This was OK for me because I took the next day off anyway since I had to travel all the way from Stockholm, but there were some people who were very disappointed because they had to work the next day and had to leave by 11:30. So I went into the club, bought a Pepsi and looked around for familiar faces. In addition to my Gothenburg friends, I ran into several other Stockholmers who had made this little timba pilgramage: Thomas Eby and Harry Wallin from Calle Real, Robertico DJ El Galán (salsero/rapero) and DJ Kiljano, who works a lot with Cubaton but is very up-to-date on everything happening in Cuban music.

I was lucky to find some friends to talk to because the DJ was, to be polite, not good, and the band did not arrive one hour late, they arrived at about 11:05PM. No time for a soundcheck, the technicians set up the instruments and performed a linecheck and finally at about 00:10 the concert began. 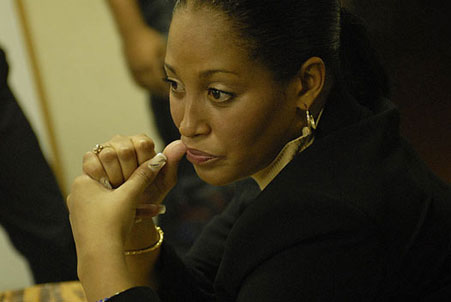 La Charanga opened the concert with Ay Amor from Charanga Light. David actually took a few seconds to tell the soundman to raise the volume to a few of the microphones and lower the keyboard in the piano monitor, trying to get the sound in order. For some reason there was no kick drum so the percussion sounded, well...like something was missing. 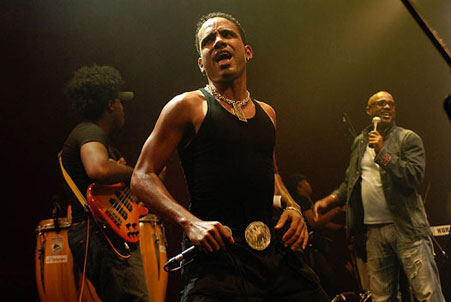 They followed with Chera Mía and Hit Parade from El Ciclón de la Habana. David started Hit parade in the same way as on the Charanga Habanera concert DVD filmed at Casa de la Música Galiano, which doesn't seem to be (legally) available outside Cuba right now, by singing the three main coros a cappella with the audience. 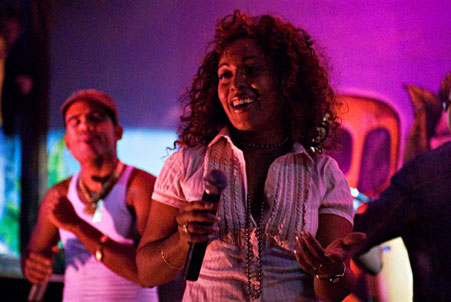 After Osdalgia's second number, la Charanga took center stage again with Abusadora, an audience favorite from Soy Cubano, Soy Popular. As always there was a lot of audience participation on the "oh oooh oh oh oh oh oh oh oh oh oh" coro, yeah, you know the one. Aned and Noel were up to their usual antics...wait, wait, wait. Here I am making the assumption that everyobody here has seen La charanga Habanera in concert enough to know every lyric, every mambo, every efecto not to mention the dance moves. For those of you who have yet to see them live or may even be new to timba, here is a little video selection of moves by Aned and Noel. 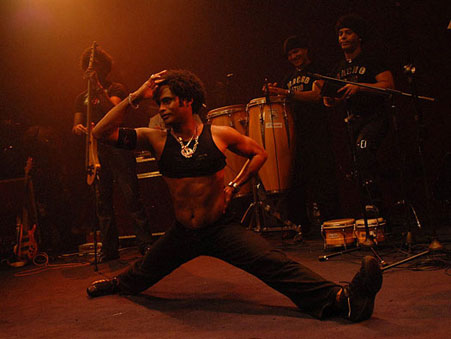 They were immediately followed by their second guest artist, Eddy K. To be honest, I don't listen to reggaeton so I don't know the names of their songs, but I'm guessing Su Tipo Soy Yo. In an interesting twist, the guys of Eddy K each took turns doing their hottest dance moves to show Swedes how to dance to reggaeton. Click here to see Eddy K's reggaeton demonstration. 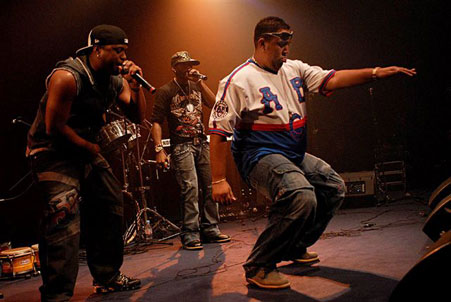 Next the Charanga and Eddy K sang Llegaron los Grandes, the Charanga Habanera/Eddy K song that is high on the charts in Cuba. It has some very catchy hooks and even a non-reggaeton person such as myself can enjoy it. Click here to watch the Gothenburg clip. 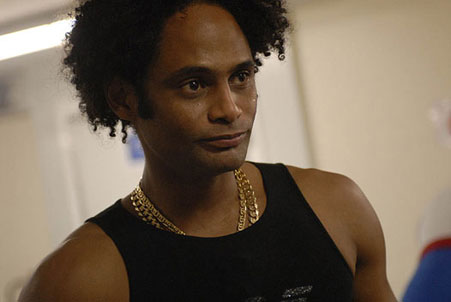 I've been hearding for a while that the Charanga has been performing two estrenos: one sung by Aned called A Cualquier Le Da and another sung by Leoni that no one seems to know the name of. In Gothenburg they performed Leoni's song so I just made up a name for it in the video section: Como Cambian Los Tiempos. But it could just as easily be called Qué Trabajo Me Costó or maybe even Hallelujah. We'll find out sooner or later. Click here to watch the video and make up your own name for the song. 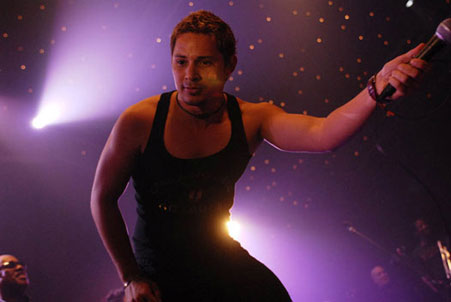 As you see, it is very much along the lines of the style they've been doing for the past couple of albums; very dancable timba, yet with a pop feel. No doubt it will be a hit. At times I find myself singing it, so it's already worked it's way into my Charanga repertoire. 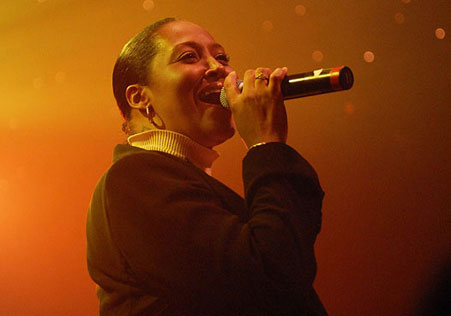 It was now time for the final guest artist, Vania. She opened with Ya No Hace Falta, which had the whole crowd singing along. The musicians of the Charanga sounded great performing this classic. Then she performed Toca Madera from an homenaje to Joan Manuel Serrat. It started with a killer mambo and Osmani did a sax solo about 2 minutes into the song. Once again I can only marvel each time I hear the metales of the Charanga. They are so tight and precise.

After Vania, la Charanga performed Esta Es Mi Charanga, another hit from El Ciclón and another song written by Leoni. The concert ended with a grand finale with all the artists singing Por Eso Yo Soy Cubano. I don't know if we would have otherwise been able to get an encore, but by now it was about 02:00AM, closing time for the venue. 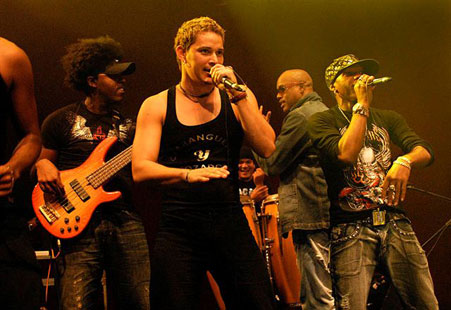 There were rumours about why the band arrived late, the most amusing being that they had confused Helsingborg with Gothenburg and gone to the wrong city. But I spoke briefly with David after the concert and he said that they had travelled 2 days without getting any sleep except what they could get on the plane and in the bus. They landed in Spain, flew to Milan and left directly by bus to drive all the way to Sweden. In the end I'm very glad they made it and I am amazed they were able to put on a concert with that much energy after 48 hours without seeing a bed.