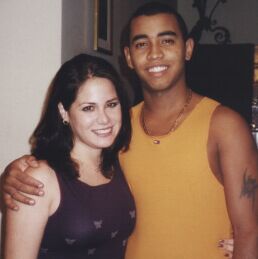 Pavel began his musical career, like so many of the younger Charangueros, with "Los Chicos de la Salsa". At age 14 or 15 he took over for Carlos Rodolfo, the group's first bongocero.

Later, Pavel became the drummer of Leonel Limonta's Azúcar Negra and he continued with that group until he replaced one of the original Charangueros, Orlando "Orlandito" Leyva as the bongosero of Charanga Forever. A few months later he switched groups again, this time to substitue for Yulién in Charanga Habanera.

Now that Yulién has returned to Charanga Habanera, we're not sure what Pavel will do next, but we'll let you know as soon as find out. [Majela Serrano]