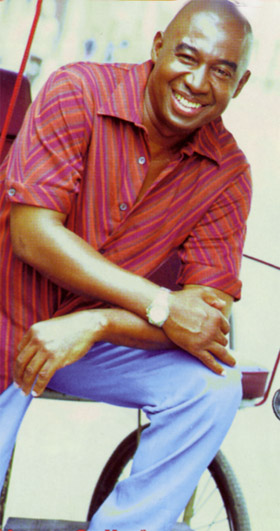 A great teacher as well as one of Cuba's top trombonists, "Collado", as everyone calls him, has played with Van Van for almost 15 years. [Kevin Moore]

I don't know exactly what school Collado went to but he began his professional career performing in the National Symphony Orchestra. The roster for this group had some serious heavyweights on it. I'm pretty sure that JP Torres was also a member of the trombone section. After the two original trombonists got fired from Van Van, Edmundo was added and chose Hugo and Collado as his cohorts. This was around 1985. Since then, Collado has been working hard performing and touring with Los Van Van as well as teaching trombone at the Escuela Nacional de Arte. Collado's wife is a piano instructor there and his daughter is a student. Collado is well known for being a "ham" and being able to crack up an entire room. He could make Fidel laugh. He enjoys comida china. [Curtis Lanoue] 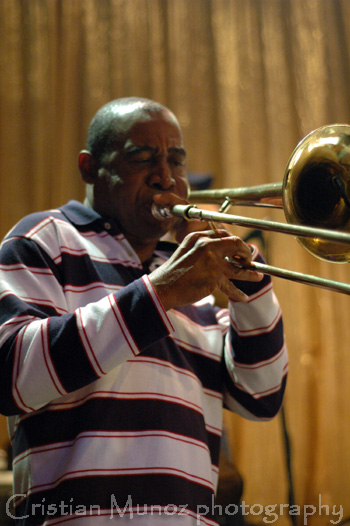