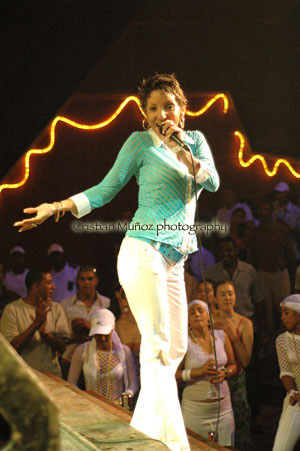 Tania Pantoja sang for a few years in Azucar Negra after Haila left. Many were surprised when Bamboleo director Lázaro Valdéz enlisted the talent of Tanji Pantoja to fill the shoes previously worn by Haila Mompié, Vannia Borges, and Yordamis Megret. There is no doubt that she works really hard to entertain the crowd and sings her butt off every time, but her super-energetic and somewhat goofy method of doing certainly does run contrary to the cool yet charismatic groove of her predecessors. However, maybe Lázaro was on to something with his choice -- when I saw the band in September 2003, they seemed a little tired, perhaps falling into a routine. However, in January 2004, after a few months with Tania, they were bringing the house down for a Casa de la Música matinée -- as the matinées have the highest Cuban attendance, they're a good measure of whether a band still "has it." [Lara Greene] 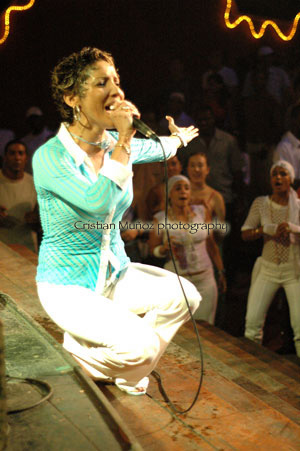