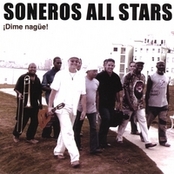 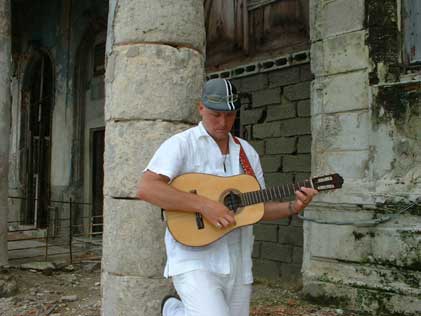 Timba.com: Congratulations on all the great reviews the CD has gotten.

Timba.com: How does it feel?

Yanesito: Oh, it is totally fantastic! When I saw Descarga.com it was like, wow! It was really great. And right away my telephone started ringing; people who had seen it, you know. The first thing that happened was that I got a call from Miami on my cell phone from Prodland who wanted to buy the CD right away. It is really good that that it ended up there on Descarga with that review.

Timba.com: You can’t complain. Could you tell us a little about how you became a tresero? How you got involved in…

Yanesito: I was a guitarist to begin with. I played blues, jazz, rock, funk, pretty much everything. It was in Cuba that I…I went there and wanted to start playing percussion. But naturally when I saw a tres, right away I wanted to play tres.

Timba.com: And who have your teachers been?

Yanesito: They are Papi Oviedo and Jorge Villa from Revé.

Timba.com: What musical influences do you have from Cuba other than changüí? Or is it really son and changüí?

Yanesito: Above all it was son cubano, of course, where it began, then it was more changüí after a while when I started to get more into folklore and sort of started to dig around in all the traditional stuff.

Timba.com: Can you describe a little what the difference between son and changüí is, since they both come from the eastern part of Cuba? I know too little about it.

Yanesito: Yeah, it’s…above all they are different rhythms, which I think you hear a very big difference in. But son has a lot of influences from Spain, you know; Spanish guitars and such, while changüí has more French influences. The slaves who came from Haiti who settled in Guantánamo brought their French influences with them which were mixed with the African, so they became somewhat different styles there, son and changüí. It happened at the same time, and I think it’s cool that they were so close to each other but yet became so different.

Timba.com: And it took a pretty long time before changüí became popular throughout Cuba in general. It was really Revé who succeeded in bringing it to Havana while son arrived earlier.

Yanesito: Yeah exactly it was Revé who…Elio Revé Matos, who caught people’s attention with it. But still today there are many musicians in Havana who can’t play changüí and really have great respect for the rhythms.

Timba.com: What year was it when you began to play? Or when you were in Cuba, was it when Elio was still alive?

Yanesito: Yes. The first year I went to Cuba it was 1996, and it was the same year that Elio discovered the singer Sinsonte, who I’m working with now. So it’s…if you think back it would have been cool to have known them then, but unfortunately, I never met Elio…unfortunately.

Timba.com: And then how did you get started with the project? Was it your idea? Was it something you had discussed with…

Yanesito: It was…I met Elito’s band here in Stockholm last year. And then we had a little dinner at my house. I invited home a few musicians; the singer Sinsonte among others. We sat and talked and thought. We talked a lot about Elio Revé Matos and everything that he has meant for salsa and all this with changüí and how cool the rhythms are. And we talked about how it would be fun to do a project in that spirit, the same spirit as Elio. And then we kept in touch via e-mail for a year and planned like “which musicians should it be” and it just gradually moved forward.

Timba.com: You really got elite musicians from a bunch of different groups with you. How does it feel then to work with guys like that from Sierra Maestra and Revé?

Yanesito: It felt totally fantastic; both exciting but…exciting but also to see how they worked…they were incredibly professional in the studio and things.

Timba.com: And did you see any difference between the older generation compared, for example, to Samuel and Boris, who come from the Timba generation, or was it…

Timba.com: There was more focus on work?

Yanesito: You noticed a little more social contact. But then it was fun because I had met José Antonio from Sierra Maestra. I have even met him here in Stockholm before on a couple of occasions, so he and I had talked a lot before this, so it felt relaxed too that we had met before so that it was easier to work in the studio.

Timba.com: Was it you and Arnaldo Jiménez who decided which singers and musicians would be involved or was it you by yourself?

Yanesito: It was above all me who decided, but Sinsonte helped. He and I planned a lot together which musicians we’d use. And it was probably I who had the most ideas and he who had the contacts.

Timba.com: Now I’m thinking about the songs. You wrote one of them.

Yanesito: I wrote one song.

Timba.com: And then you’ve chosen the others. Since I know so little about changüí, are they classic changüí songs or are they new songs?

Yanesito: It’s a good thing that you asked, because when I talked with Sinsonte, I said that I wanted to have new songs, newly written songs. And he maintains that they are newly written, but I don’t think so (laughs). So that it’s a little…

Timba.com: A little unclear except for your song that…

Yanesito: Yeah. One song, the first song on the CD Nagüe qué bolá I know that it is an old one. It was a hit in Cuba…it was famous in the 80s. And the guy who wrote it lives in the US now and is married to an American woman. But the other songs…I don’t know. I’m not sure, but I don’t think they’ve been recorded on a CD before, but I can imagine that they’ve surely been around since the 80s.

Timba.com: Can you tell a little about what it was like working out the arrangements? Was it Arnaldo who wrote them or were you also…

Yanesito: I decided…I chose the songs…then I simply decided “arrangements by Arnaldo” on all songs, even my song that I have written. I wanted the CD to have a unified, how can I say, all the songs would have the same type of arrangement so that you could hear that it is the same people who…

Timba.com: A sello so to speak?

Yanesito: Yeah, that there would be a thread and so I just decided to have Arnaldo do it. So he wrote all the arrangements. And then naturally we discussed things during the rehearsals, and I had opinions about things that he maybe hadn’t thought of that we added in the studio, so maybe I said “but here I want a bomba, here there has to be a bomba, there just has to be.” “Oh yeah yeah yeah OK then let’s do it.” And he’d write it down.

Timba.com: The version of changüí on this CD doesn’t feel like really classic super traditional, rather it feels like it’s a really modern.

Timba.com: And you have a song that you…for him so to speak, the last song on the CD.

Timba.com: What do you think he has meant to the music?

Yanesito: He has really meant so much for salsa on the whole. I mean take Juan Formell. He played with Revé. He came from there and started Los Van Van. There are a bunch of musicians who have gone through his school, so to speak, and learned. Even Papi Oviedo played with him in the 70s…or the 90s it was. When was it? I don’t remember; the 80s or 90s maybe. Papi Oviedo played then, and many treseros have gone through the band, and that’s how they’ve learned changüí.

Timba.com: Right now it feels like changüí, with Orquesta Revé and the success they are experiencing at this moment, that changüí really está pegando.

Timba.com: And I hope that it continues in the same way with your CD.

Timba.com: Thanks for the interview. 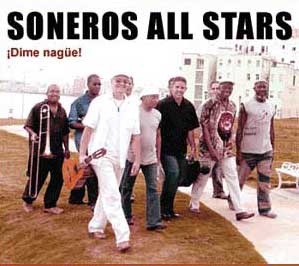