History and Discography of Irakere - 1981 - Live in Caracas 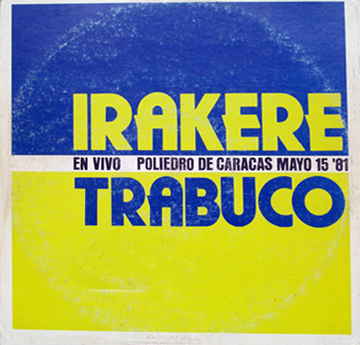 This is a different concert recording from Venezuela. I haven't heard it, but it appears to have one side from a group called Trabuco and one side of Irakere El guayo de Catalina, Tres días, and El Caramelo. (more info here)

The personnel list of these various concerts and albums helps us narrow down the personnel chronology.

May, 1980: Paquito defects in Spain, and Germán Velazco, who had gone from Revé to la 440, replaces him on alto and soprano sax.

May, 1981: Sandoval had left by the time of the Caracas Trabuco concert, forming his own group with Irakere founding drummer Bernardo García, and was replaced by Juan Mungüía. José Luis "El Tosco" Cortés must have still been with Los Van Van but we know he had moved over to Irakere well before the 1982 recording of LVV's El baile del buey cansao.