History and Discography of Irakere - 1987 - Live at Ronnie Scott's 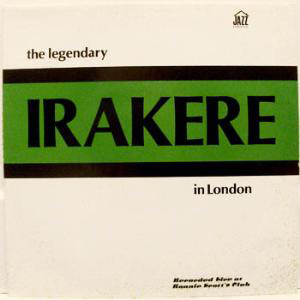 There's been some speculation about even earlier live recordings at this legendary London jazz club, but the consensus is that the first one was in 1987, with Bailando así, Johana, Estela va a estallar, Las margaritas, Lo que va a pasar and The Duke. The announcer mentions that Irakere had played there several times before, but we think this is the first one that was recorded. There may also be a 1988 recording and there's definitely one from 1993. From a "roots of timba" perspective, these concerts are quite tame compared to the highpoints of the previously mentioned shows from the late 70s and early 80s.