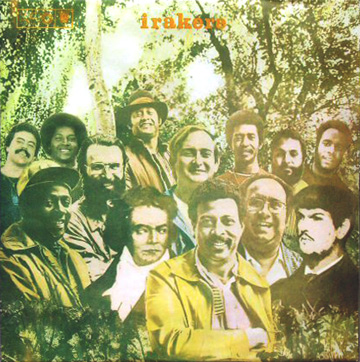 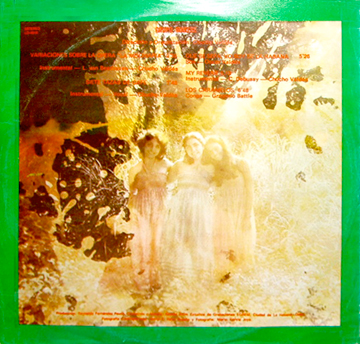 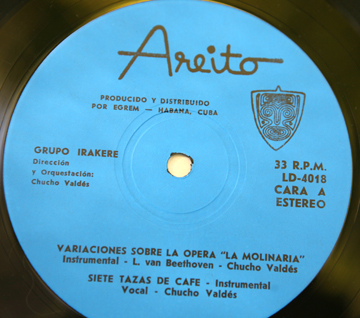 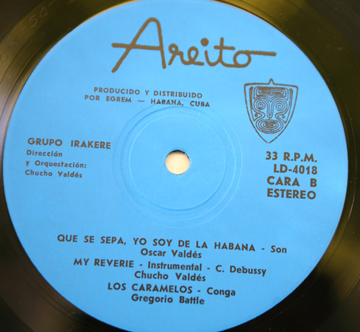 The two dance tracks from this album were released as a 45 (Areíto 7529) at least several years later. Que se sepa, yo soy de La Habana has the famous "oh, la Habana, oh, la Habana" that everyone always quotes, including Issac, who quotes it in the Irakere homenaje verse of La fórmula. Los caramelos is one of the earlier examples of the super-fast Santiago carnaval-based, merengue-like groove that's since been used steadily by many groups (also including Issac).