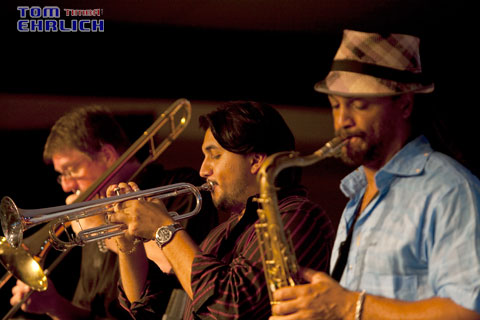 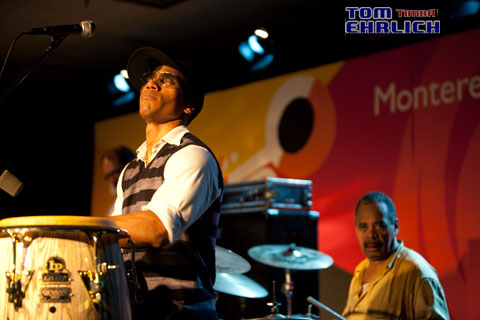 These two guys are some of the top perucssionists in the world today, Pedrito is from Cuba, now residing in the New York City area and Steve is a Nuyorican. 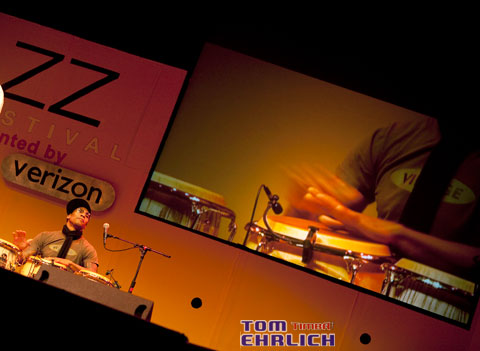 Pedro Martínez on the left and on the screen 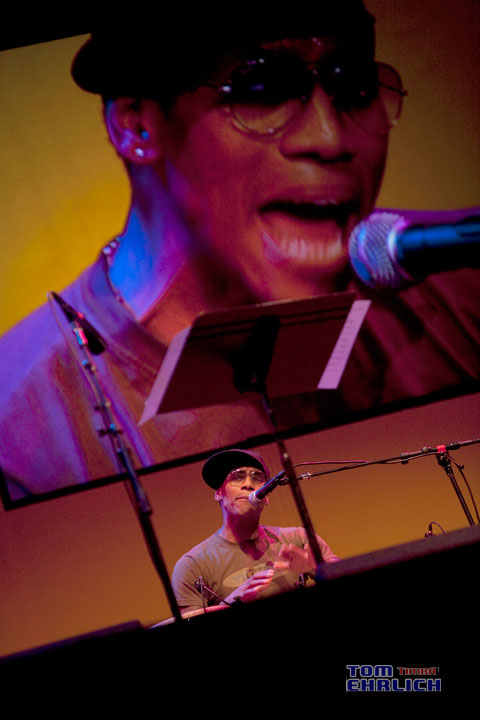 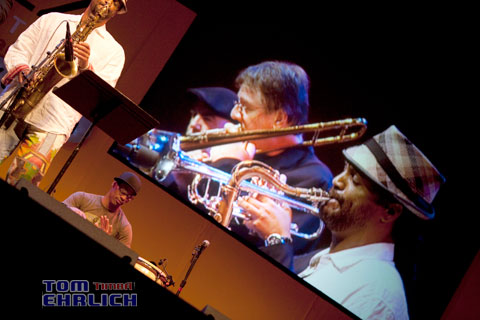 Randy Brecker was a guest trumpet player and Joe Lovano (not in photo) guest in sax at the main stage performance. 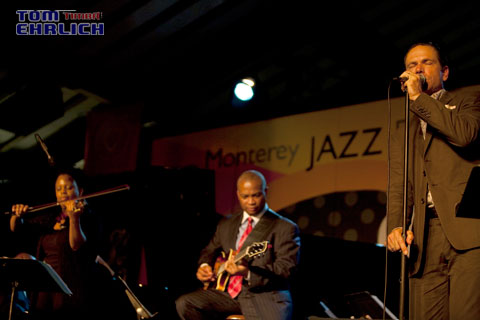