March 2003: After the firings en masse, quite a bit of personnel came on board. Humberto Casanova had already joined on drums around mid-2002. Gustavo Molero Aguado came on board on bongos and minor percussion, Vladimir Quintero, who had already recorded on some albums as a session man since 1997 joined full-time on tumbadoras. Berroes was replaced by Rafael Querales, who brought a heavier bass tone. Arrieta and Luis Fernando Borjas got the boot and in their place came 4 singers: Sundín Galué Jr, Carlos Javier Bermúdez, Lenin Pineda and Ronald Borjas (Luis Fernando's cousin), who had already joined in late 2002. This 5-singer line-up did not last long, in spite of Aguado's claim he was going to re-release Galopando with the new singers. However, by mid-2003, Luis Fernando Borjas was already back, sans Galué Jr and Bermúdez. Pineda lasted for a couple European tours before he also got the boot and they were left with just 3 singers: Aguado, Borjas and Borjas. 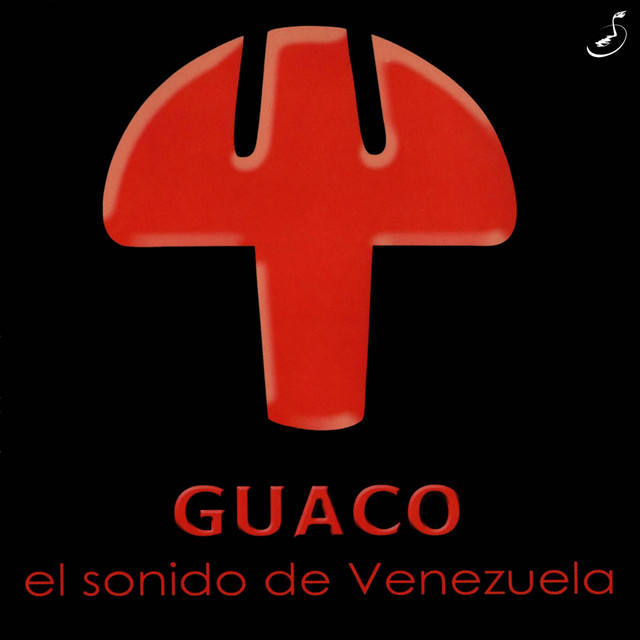 I have it on good faith that Guaco recorded for quite a bit of material before dumping some or all of it in favor of this album. Just as they shifted gears from Guaco 91 to Triceratops, this album also marks the beginning of a new Guaco, one that was markedly poppier, yet it managed to retain substance, at least for a while.

For this album we get a new pianist as Cesar Orozco departed to play jazz (as all timberos do), Edepson Gonzalez, in spite of being born in Caracas, he is a true gaitero loyalist. Anyway, his arrival marked the end of the displaced tumbaos as he displays a more conservative piano style. He can play displaced though, he just won't. Also, Ruben Rebolledo was added in second guitar. He was in only for a brief moment, but I have some audio bootlegs from this era and they were adding guitar harmonies to every single song as if it was a Thin Lizzy concert.

Anyway, the album starts with Pídeme, which showcases new-ish vocalist Ronald Borjas, who came in pretty much fully formed and has a very similar timbre like his cousin Luis Fernando, but I guess more of a PR Salsa influence to his soneos. Pideme, according to Spotify statistics, is Guaco's most heard song. Just like many Guaco hits before, it was everywhere that year. It's a weird little song, really. Half techno-vallenato, half pop monstruosity. It also includes a bomba gear to top it off. The band is sick to death of playing the song, but they have to.

Pideme marks the transition point from a dance band to a pop band, they would continue to mine this type of material from now onwards, with great rewards. In private conversations with fellow musicians we've theorized that Guaco did a hard turn for pop music because they needed to conquer the teenybopper market. Essentially, they started targeting a younger, more female demographic. Most timberos started going pop after 2002 as well, so this is no susprise, what's interesting is that it happened so across the board.

Óleo a Una Mujer is an interesting and oblique timba-funk. Venezuelan timba band Cabijazz also did a version of the song the year after and I think they did a better job with it. Guaco's version does a horrifying quote of Ismael Rivera's "Si Te Cojo", which has not aged well at all.

Entradito en Años is probably Guaco's most interesting excursion into Colombian rhythms, I seem to recall it was used in a couple soap operas at the time. Me Muero De Ganas was yet another big song. Another udu drum/sequenced romantic song, but once it gets going it's pretty undeniable. It also features very detailed, overlapping coro sections that were pretty much impossible to perform live, so they started using more and more backing tracks when performing live.

Suena A Venezuela is an apt summary of everything that Guaco is about. This new Guaco had a heavier feel in the percussion section. Casanova on drums tends to play behind the beat, unlike his predecessor who liked to push the beat constantly and had a lighter feel. I gather the effect is more akin to rock music. Catch the immense presión gear at 3:33 and witness freshness!

Si Fuera Tu Bailo Conmigo follows and it was another big song. It features a great piano montuno and a fun, syncopated verse. At 1:57 the beat drops and an interesting and wholly new chimbangle influenced presión follows. It adds a couple of fun coros at the end for good measure.

Pasan Los Dias is a ballad which also got heavy airtime on the national soap operas of is time, but it keeps the arrangement interesting in places. A Quema Ropa is a wild ride, a boogaloo that shifts gear about 5 times total in its arrangement.

The album ends with Trasnornado, yet another heavy monster Timba track, with a great displaced beat bloque at 2:49 and many brilliant timba tumbaos from Orozco, who managed to record the track before leaving. At 3:30 a devastating presión gear arrives with bomba slides included. Great stuff.

At the time this album was released I was a staunch opponent of this new, commercial Guaco. But as time passes and given that 7 out of its 9 songs were played heavily on radio -not to mention family gatherings and parties in general- I now have a soft spot for it. Every single track has a moment that catches the ear for attention. A worthy comeback for an all-time band. 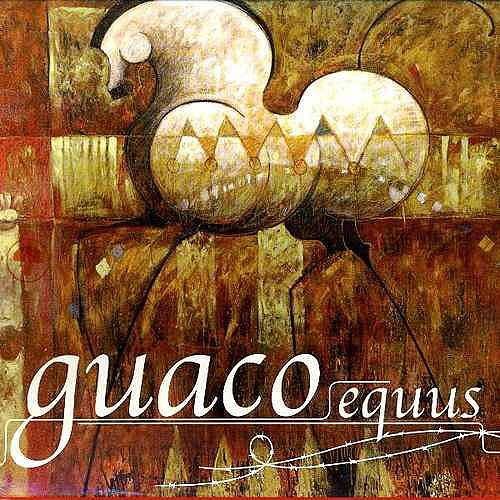 Following the band's success with Pídeme, they went on to do a full-on pop album, with very little of the band's classic dance tracks. It was extremely sucessful though with 7 songs getting heavy radio play. Confusión is the closest thing to a timba track here, and went on to become the theme song for a popular soap opera in 2006. Y Lloraré, Quiero and Déjate Querer get at least one foot in the ballpark. Si No Estás Conmigo sees the band reuniting with Jorge Luis Chacín for the first of many times, with a fun infusion of the cumaco rhythm added to Guaco's arsenal. Da Igual is curiously melancholic and an interesting fusion. Pa Ti and Eres Más remain in the band's live set to this day, they were probably the biggest hit of all 7. 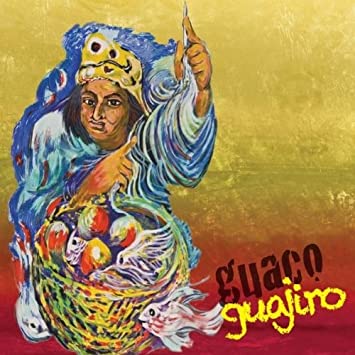 For the 2011 re-release they added one song at the start of the album: Maracay.

A great album, in spite of a couple cheesy moments. There's something for everybody here, but their pop now is undeniable and their dance tracks are just as hard-hitting. This album was split conceptually in 3 sides: Tracks 1 through 5 are the lead singles, all perfectly orchestrated pop. Lo Eres Todo was an instant classic, Quiero Decirte ditto. Ella features Gilberto Santa Rosa in fine form before spiralling out into a million chorus. A slowburn that's worthy of Van Van. The middle of the album relaxes things down a bit, with warm and melodic material, especially on Amor A Cuenta Gotas. Then it finishes strong from Ganas onwards, with 5 unbelivebable monster dance tracks, each one surpassing the one before. Gustavo Aguado turns a star performance on El Odio y El Amor and guest singer Glenn Monroig does the same for the album closer. As I write this in 2021, their last masterpiece.