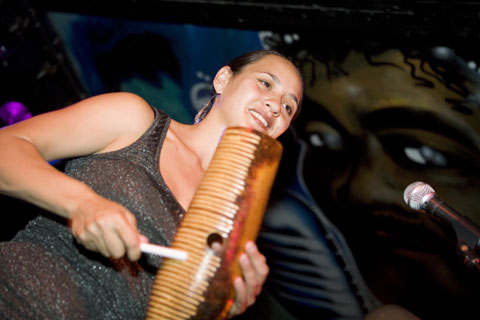 Also contributing to the group's original material are pianist Jason Moen (not present at Moe's) and vocalist Omar Ledezma (see below).

Second, and most exciting for me, they've fully integrated a bona fide system of gears and numbered bloques that they can apply to every song, lifting them once and for all out of the "salsa band with obligatory timba cover tune" category.

I can testify from extensive personal experience that trying to get timba "gears" to work in an American band can be an unbelievably daunting task, but Patricio is determined, talented, intelligent, and he has a trump card - a "ringer" as it were - in the person of Colin Douglas. 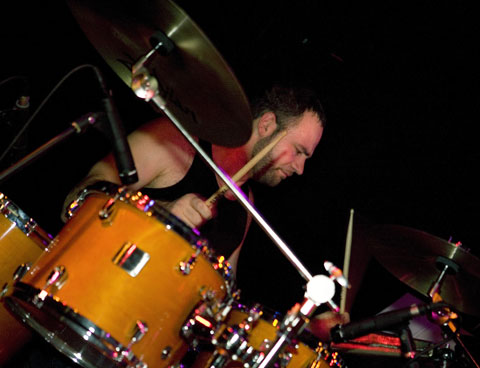 Douglas appears to be a soft-spoken white kid from LA, but he has a profound and very natural understanding of Cuban music, as you can hear from his masterful work with Grupo Olubatá which has produced perhaps the most useful and musical batá study program available. He teaches each year at the world-famous Humboldt Afro-Cuban Dance and Drum course, and has promised next year to include a special class on the various styles of timba trap drum playing.

Rumbaché's other "ringer", Omar Ledezma, is a magical new addition to the Bay Area scene. Omar is technically Venezuelan, not Cuban, but after living, studying and gigging in Cuba for a period of years, his singing and percussion chops are very Cuban indeed, as he demonstrated in his brilliant performances with Danny Lozada last year, and prior to that, as a member of La Timba Loca. Omar exudes electrical, effortless, euphoric timba energy from every pore. 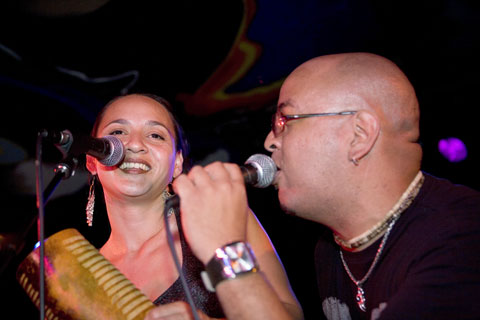 Rumbaché will be at the San José Jazz Festival on Saturday, August 9, and you can keep up with their future gigs at the website, and their myspace page. 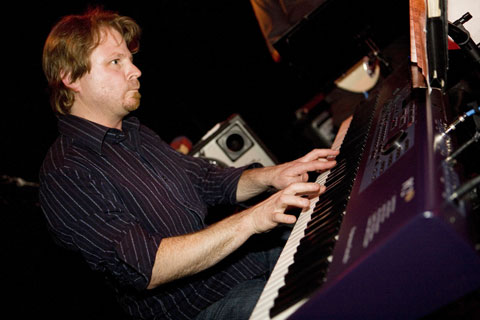 I was disappointed at first when I didn't see Jason Moen, a Rumbaché mainstay, but Bob Crawford played his ass off. We're trying to learn more about this guy.