The Roots of Timba, Pt I

notes: The example is a precursor of the standard salsa bass tumbao with Prieto playing creative variations at the end of each phrase, but the most astounding aspects of this track are the arrangement and solo, both by pianist Lilí Martínez. It took Latin music almost 50 years to catch up with some of the things Lilí and Arsenio were doing in 1948, and with the exception of Klímax, even most of today's timba groups haven't done anything quite as harmonically challenging as Tintorera ya llegó's closing mambo (or diablo as Arsenio called it). Listen to the rising whole tone bassline and the descending chromatic horn line against the coro! Where did that come from?

The cuerpo is equally amazing, but in a much more accessible, hook-oriented way, using "slash chords" in the verse and a melodic 8th note bassline in the bridge -- harmonic devices that wouldn't come into common usage in popular music until the late 1960s. 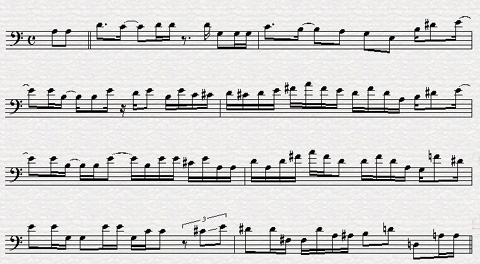