I've been bitten by Charanga rumors before, but it looks the visas have come through, and, if so, the indefatigable Shabi has managed to get them to extend to tour to the West Coast. No ticket links yet, but the venue is Café Cócomo. Stay tuned! The last gig CH played in the US was this one in Dec. 2000, exactly 9 years ago.

Check back or check Cócomo's site for updates. There's a plan to add a second show the next night if the first one sells out.

The first gallery is from the extremely educational rehearsal sessions, where the differences between the Cuban and American approaches was quite apparent. 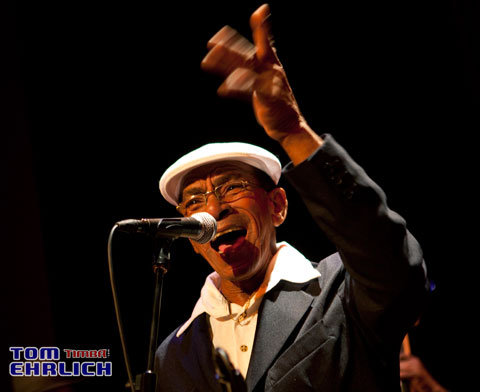