The Roots of Timba - Part II - The Detroit & ChaChaCha Connection 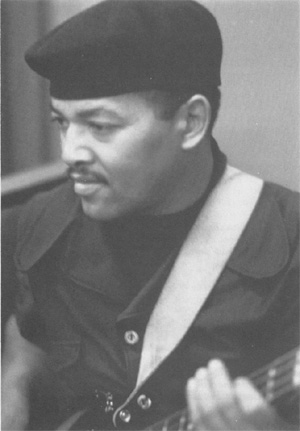 By the time we reach the late 60s, it's no longer possible to study Cuban basslines in a vacuum -- they have to be considered in a larger context which also includes rock, funk and soul. As with timba kick drum rhythms, we'll resist wandering too far afield in speculating on the influences that Cuban and North American bassists had on each other, but the cross-pollination was extensive. As we learned in the chapter on Arsenio Rodríguez, the very idea of using a looped, syncopated bass ostinato (a tumbao) is Afro-Cuban in origin. In the late 40s, Arsenio lengthened the tumbaos, freed them up melodically, and often gave them thematic roles in specific songs, thus laying the foundation not only for all subsequent Cuban music, but also for rock and soul bass-playing. This is not to say that James Jamerson and the Funk Brothers sat around woodshedding the bassline to Tintorero ya llegó. They probably never even heard it, but they did play regular jazz gigs in Detroit's nightclubs, and were certainly familiar with Dizzy Gillespie & Chano Pozo's cubop hybrids like Manteca and A Night in Tunisia. Jazz usually incorporated a "walking bass", playing a steady stream of evenly spaced notes, but when the arrangement called for switching from "swing" to "Latin", the bassist would play a tumbao. Indeed, Manteca's principal vocal line ("I'll never go back to Georgia") simply adds words to the bass tumbao.

North American and British bassists may not have realized that they were borrowing this new way of playing from the Cubans, but by the mid-60s, they had made it their own and were ready to offer something in return. In the 60s Cuban bassists were still digesting Arsenio's innovations, but James Jamerson & Co. took the baton and ran with it - ushering in a style of bass-playing that, while ultimately based on Cuban concepts, was so creative in its own right as to become a powerful influence on Juan Formell and the other leading Cuban bassists of the 70s. 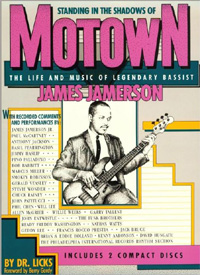 Those wishing to further pursue the North American connection have been blessed with one of the greatest method books ever written:

Standing in the Shadows of Motown, a book/CD package devoted to James Jamerson's bass style, gets my highest recommendation for two reasons. First, Jamerson is arguably (almost inarguably) the most important pop music bassist who ever lived, and second, Standing in the Shadows is one of the two or three best written and best presented instructional packages I've ever encountered. The accompanying audio CDs are particularly interesting, featuring dozens of famous bassists (Paul McCartney, Marcus Miller, Chuck Rainey, Jimmy Haslip, etc.). Each one gives a verbal testimonial about the influence Jamerson had on him and then plays a note-for-note transcription of one of Jamerson's classic basslines. 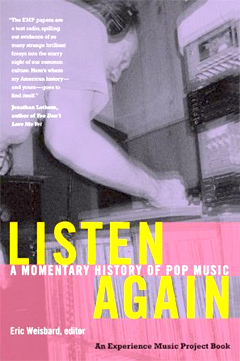 Here's a little listening test: see if you can: name that tune in 10 notes or less. Got it?

Wrong! As explained in detail by Ned Sublette in one of the articles in the 2007 anthology Listen Again, it's El loco cha cha by René Touzet. My theories about Jamerson and Motown are admittedly speculative, but the connection between the Cuban chachachá and the origins of rock and roll, as you can hear from the audio clip, are patently obvious.

As exciting as the Louie Louie connection is the revelation that at least a chapter of what will eventually be the long awaited sequel to Sublette's Cuba and its Music is already in print in Listen Again.