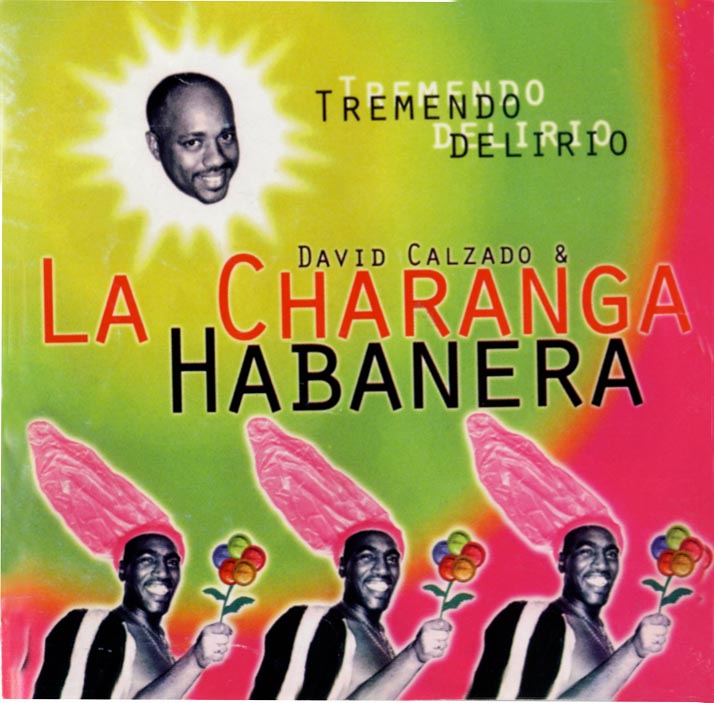 Our section on the epic final album of the original Charanga Habanera can be navigated with the Table of Contents to the right. German Translation Here

By 1997, the Timba scene in Havana had reached the flash point. The innovations of NG La Banda and Charanga Habanera had been embraced and assimilated by a new generation of musicians and an exciting array of new groups had emerged. The Issac Delgado group had split off from NG and Klimax had later split off from Issac. NG discovery Manolín "El Médico de la Salsa" González had assembled a brilliant new group. The most creative members of the older bands had begun to strike out on their own - from Dan Den and Opus 13 came Pablo Fernández and Juan Ceruto to form Paulito FG y su Élite; from Pachito Alonso came Lázaro Valdés and Vannia Borges to form Bamboleo; from Maravilla de Florida came Manolito Simonet to form Manolito y su Trabuco; from Los Van Van came a new and even more potent Los Van Van, retooled with ex-members of Pachito Alonso (Roberto Hernández), Issac Delgado (Boris Luna and Samuel Formell) and Charanga Habanera (Pedrito Fajardo). And from the conservatories flowed legions of brilliant, highly-trained and extremely-motivated young musicians like Mayito Rivera, Joel Paez, Joel Domínguez, Alain Pérez, Ivan Melón González, Sergio Noroña and so many others -- more than enough to make each of these new bands an all-star powerhouse. These young players were inspired by the opportunity to escape the poverty of the "Special Period", by the intense competition for work, and by the raw power and originality of the music itself. They were cocky and confident, but hungry, and willing to rehearse long hours and pour their own formidable creative powers into making each musical arrangement an inspired collective effort.

These groups were pouring out one brilliant piece of music after another, and in the close-knit, highly regionalistic city of Havana their proximity led to the type of creative feeding frenzy that has typified so many great musical movements throughout history. They spurred one another to create greater music than any of them could otherwise have imagined and the excitement was contagious. There was a very powerful sense that the timberos had collectively tapped into a massive and seemingly inexhaustible source of musical inspiration and an equally inexhaustible source of brilliant young players who could invent and confidently execute the new tumbaos with a rhythmic intensity that no one else on the planet could touch. And creative success was rewarded with financial success. By Cuban standards, bandleaders and nightclubs were hauling in unthinkable amounts of money. Timba had reached mania proportions in Cuba and it seemed only a matter of time before it took the rest of the world by storm. There was no reason at that point to imagine that the global Latin music market would find the simple folk music of the Buena Vista Social Club more their speed!

In the heady days of 1997, Timba was surging forward with dizzying momentum, and in the eye of that storm, in an atmosphere of tremendo delirio, the original Charanga Habanera released their eagerly-anticipated fourth album. Neither they nor anyone else would have dreamed that it would also be their last.