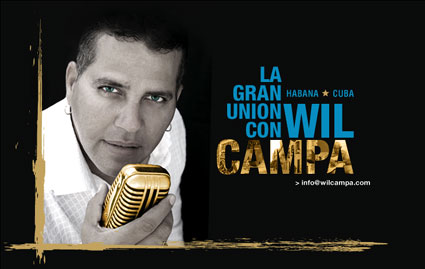 I've been neglecting my blog in favor of updating directly in La Última during Kevin's absence. But I decided it's time to write something in my own page. I have added a section for La Gran Unión, a relatively new group under the direction of Wil Campa, former singer for Maraca y Otra Visión. The band will release their first CD, Es Tiempo, on June 20th, 2008. La Gran Unión will also be touring the Jazz Festivals of Canada during June. Click here to see the concert dates.

Wil has released two singles, Es Tiempo, the title track, which is a timbaton, and Amor o Guerra, which starts with a nice tumbao that offsets the very romantic cuerpo letting us know that this song is meant for dancing. You can check out the video for Amor o Guerra below. It looks like Wil has lost this battle to his rather athletic girlfriend.