Scenes from Cubadisco 2015 Part I 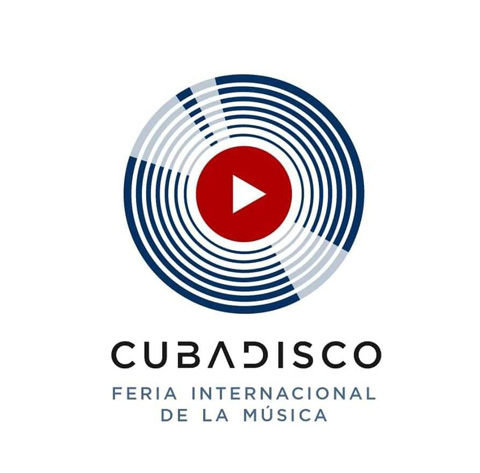 Cubadisco 2023 will take place from May 7-13, 2023.  The following is an English translation by Bill Tilford of the official call for entries.

👉 Phonographic or audiovisual musical productions edited by Cuban record companies, by Cuban and foreign institutions related to the musical work of our country, and independent phonographic or audiovisual musical productions may participate, provided they are endorsed by an institution linked to our cultural field. Independent is understood as a work that has been produced without the sponsorship of any record company or institution linked to our cultural environment.

👉 The registered productions must have been edited between January 1 and December 31, 2022. Exceptions may apply to any production that, having been made in previous years (never before 2016), could not have been previously edited, and It has not been submitted in whole or in part to any previous edition of this event.

👉 The Cubadisco Awards will consider the quality of the productions that are submitted to the contest, and not the work, trajectory or relevance within national music and culture, nor any other of the virtues of the artists whose works are contained in such productions, including their popularity and the sales levels of the productions presented.

The deadline for the registration of the works will expire on January 31, 2023‼️

👉 The registration of the works in the contest will take place on the dates agreed by the Award Committee and the Executive Group, at the offices of the Cubadisco Award: Calle E no. 356, between 15 and 17, Vedado, Revolution Square, Havana, Cuba. PC 10400.

👉 For the purposes of your registration, the work must be delivered in digital format (.mp3 in the case of music, .mp4 in the case of audiovisuals, .jpg for graphic design and photography and .pdf for text files.), with all the necessary data that complements the production: designs, record notes, couplings, fundamental credits, etc. Everything will have to be accompanied by the official digital template designed for this purpose. This cannot be replaced by any other type of information.

👉 The institutions that present works to the contest will be responsible for the registration of their productions before the contest and before the artists they represent. Once registered, the works may not be withdrawn from the contest under any circumstances.

👉 The representatives of the record companies and institutions that register the works will propose in the registration forms the area or categories in which each production can compete. Together with them, the Consultative Group of the Prize Committee will definitively place the works in the corresponding areas and categories. This result and the works in competition will be published, and will be sent to those involved in the award process hrough the digital platform and/or direct physical delivery.

👉 Once this categorization phase has been completed, the nomination and award decision processes will be carried out by the academics in charge of voting in each area and category, and verified by the Consultative Group in the established schedules.

👉 The results of the nomination will be publicly released at a press conference called only for that purpose in the first week of April. The award ceremony will take place in a ceremony organized for this purpose within the calendar of the Cubadisco 2023 International Fair, which will be held between May 7 and 13.

👉 The institution that registers the production in the contest must certify the editorial rights they have on each work, so that:
In the case in which the work is awarded, it can issue the release of a selected theme for the purposes of publishing a compilation album with the award-winning records just finished the Awards delivery process,in the case of audiovisual works, it is clear which works may be used in the multiplicity of television media that accompany the event at the national level, and their presence on the digital platforms that the event has for its promotion and propaganda.

👉 A prize will be awarded in each category that will be indivisible.

👉 The Awards Committee together with the Advisory Group will be in charge of selecting and delivering the Special Awards.

👉 When the opinion of an actor involved in the production or execution of works in competition publicly questions the honesty of the event and/or threatens the dignity and morals of any person.

👉 Registration for the contest implies acceptance of its bases.

👉 The nominations and prizes awarded will be unappealable.

👉 The areas with examples of categories of this call for the Cubadisco Award 2023 are attached below.

This area includes those single songs, only in audio, that have or can have a life of their own in Cuban music promotion (radio, television, social networks, digital platforms, live stage), their value in disseminating the concept they represent and/or its audience reach being undeniable. These singles may or may not belong to record productions registered in the contest, and in the case of belonging to the coupling of a production, only two singles per production will be accepted.

It will be awarded to phonograms by foreign authors and performers that creatively reflect the most authentic musical values and contribute to the promotion of cultural diversity, in correspondence with the aesthetic assumptions advocated by Cubadisco. The proposals for this award will be made by Cuban and foreign artists and experts linked to the recording industry of our country and the history of this contest.

The Cubadisco International Fair offers its space so that various institutions not directly linked to it, but related to the Cuban cultural, communication and social organization systems, can award their own prizes to the nominated works, always with the appropriate foundation and approval. of the Organizing Committee.

The Cubadisco 2023 Prize Committee will guarantee the access of the general public to all the works in competition and will establish the forms of popular voting so that they can propose the phonograms of their choice as candidates for the Public Prize.

This award will also be announced at the ceremony organized for this purpose within the calendar of the Cubadisco 2023 International Fair, which will be held between May 7 and 13.

📝Note: Once the process of receiving and admitting the works is completed, the Award Committee, together with the Executive Group (record companies and institutions that support works in competition), will finish adjusting the categorization, taking into account the amount and characteristics of the productions submitted to the contest.